Meet his Royal Highness, Duke, also affectionately called Lover Boy by his foster mom. Duke is a super sweet guy who enjoys snuggling next to you or putting his head or front half of his body on your lap. A big guy, there is a lot of Duke to love and so much love he can give back. He likes head and chin scratches and rewards them with purrs.

While Duke is a very happy dude in his foster home, his life the last few years has not been easy. Imagine losing a beloved pet parent not once, but twice and then losing your sister. That’s what happened to 16 3/4-year-old Siamese-Maine Coon-mix Duke.

Duke lost his lifelong guardian in January 2017 when she became critically ill and surrendered him along with his sister Duchess to the Monterey SPCA. She later passed away. Golden Oldies heard about the then-12 ½ year-old and very shy cats and took them in from the SPCA.

Duke and Duchess were adopted four months later by their foster mom, Lou Anne, and a very generous Golden Oldies donor pledged to pay the cats’ expenses for life. The two kitties had a great life with Lou Anne in Pacific Grove. Then Lou Anne became ill in January and decided the best thing for her beloved cats was to return them to Golden Oldies.

Duke and Duchess arrived on February 4th. Both cats had lost about four pounds in the last year. Happy to be back in a home and with people, they adjusted surprisingly quickly, seeking attention and napping next to their foster mom on the bed. Sadly, Duchess passed away on April 12th.

So now Duke needs a forever home again. A quiet home and a patient person who understands he suffered so much loss would make the perfect pet parent for Duke. He really likes the ladies, so a home with a female parent would be purrfect for Duke.

Based on his foster experience, he should adjust quickly to a new forever home. He just needs the love he deserves. With his long Siamese-colored fur, Duke needs a cat-savvy person who can keep him brushed. He will make some lucky person very happy. Duke has lived with a small gentle dog previously, and currently with his foster.  He is an indoor-only cat.

All Golden Oldies cats are spayed/neutered, up to date on rabies and FVRCP vaccines, microchipped, FIV/FELV negative and have had a complete blood panel done. If you would like to meet Duke, please fill out an adoption application. 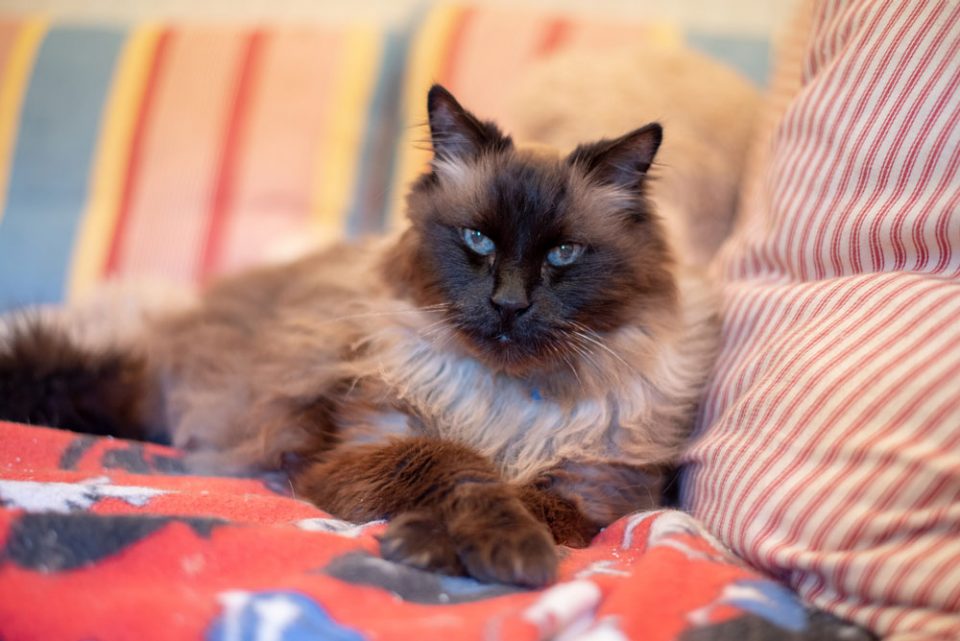