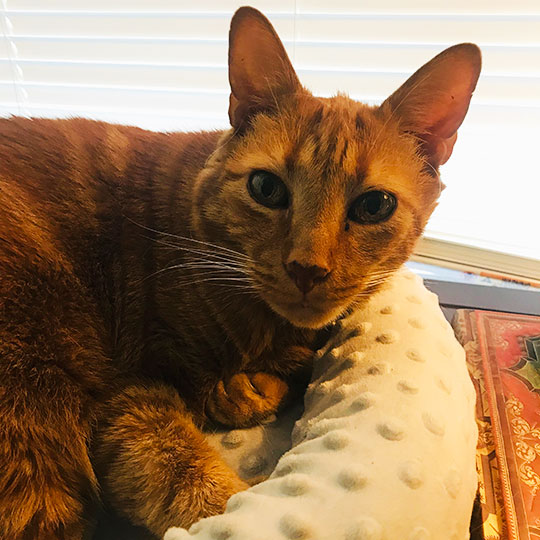 Thomas is an 11-year-old orange tabby whose guardian died and he needs a new forever home.

Thomas was found one night in 2011 on the porch of his guardian’s North Carolina home. He was starving. He was taken in and became part of the family. He then moved to the Monterey Peninsula with his family.

Thomas loves to snuggle, but on his terms. He is not the kind of cat you can pick up and snuggle, though, because he is very independent. He will talk when he is hungry, but even then it comes out like a squeak instead of a meow! Thomas is very playful and loves toys, anything he can “attack and kill.” He has a high prey drive.

Thomas does fine with other cats as long as they are not “in his face.” He also has lived with dogs and used to sleep in the yard snuggled up next to a pair of collies, but that was many years ago. He is okay with children as long as he has space. 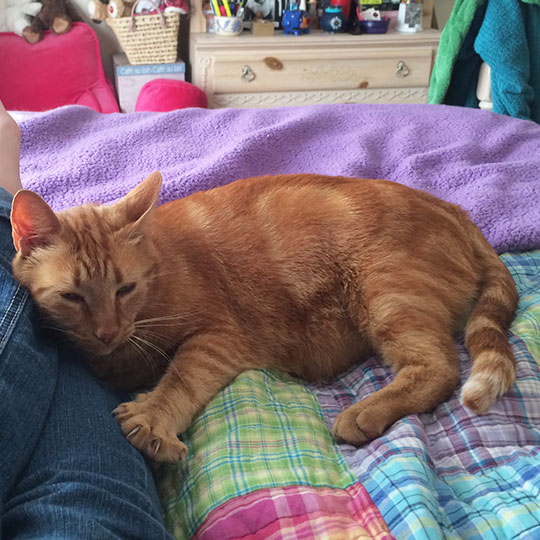 He eats Fancy Feast canned gravy lovers and Purina Urinary dry food. He has had a few urinary tract issues in the past.