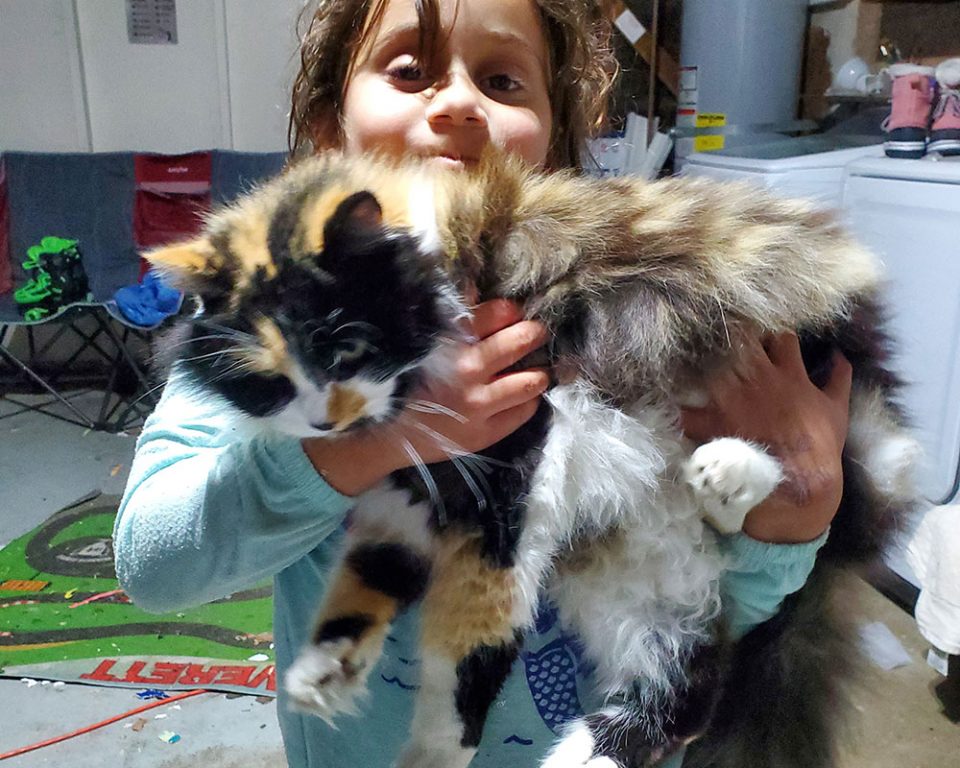 Gypsy is a 9 ½ year old 8 ½ pound long-haired calico who lost her guardian a few weeks ago.

She is being cared for by family but cannot make that her permanent home due to two Huskies with strong prey drives. She currently is living in the garage with outside access. While wary of the dogs, she doesn’t seem particularly frightened of them; she simply gives a hiss and slowly retreats to higher ground.

Gypsy is a friendly girl but also enjoys her independence. She enjoyed napping in the afternoons with her former guardian and often snuck into his room at night to snuggle. Gypsy would thrive in a home with people who are ready to give her lots of pets when she begins meowing and asking for affection. She also will let you know when she’s hungry!

Since Gypsy had only lived with older adults, she was nervous at first in her new home with children around. But within a few weeks she was comfortable being petted and held by them.

Gypsy is spayed, microchipped and current on all vaccinations. She has been an indoor/outdoor cat and is litterbox trained. She is picky with her wet food and will only eat Friskies Shreds.

Gypsy is in Marina, CA.