Her Royal Highness, Duchess, was a super sweet, affectionate, regal, classy, spunky, special Siamese/Maine Coon feline. She loved spending time on your lap or lying next to you. Like many Siamese, she was talkative, meowing her desires, needs, happiness and love. She had a zest for life and a strong will and liked things her way.

Duchess and her brother, Duke, lost their lifelong guardian in January 2017, when she became critically ill and surrendered the siblings to the Monterey SPCA. Golden Oldies heard about the then-12 ½-year-old, very shy Siamese/Maine Coon-mix cats and took them in from the SPCA. The siblings’ guardian later passed away.

Duke and Duchess were adopted four months later by their foster mom, Lou Anne. The two had a great life with Lou Anne in Pacific Grove. Then Lou Anne became ill in January and decided the best thing for her beloved cats was to return them to Golden Oldies.

Duke and Duchess arrived February 4 at their foster home with Carlotta Mellon. Happy to be back in a home and with people, they adjusted surprisingly quickly, seeking attention, and napping next to their foster mom on the bed or snuggling on her lap.

Because Duchess had a distended abdomen that accumulated fluid, it was necessary to have periodic draining of the fluid the last couple months of her life. The last month Duchess also needed fluids every other day to keep her comfortable. Content and relishing the attention and love Carlotta showered on her, Duchess stayed around longer than expected. She crossed the Rainbow Bridge April 12, 2021 while on Carlotta’s lap. Duchess was almost 17 years old.

She brought joy to all who knew her and found a special place in their hearts, particularly Carlotta’s. Rest in peace beloved, sweet Duchess, and spread your kitty wings wide and deep. 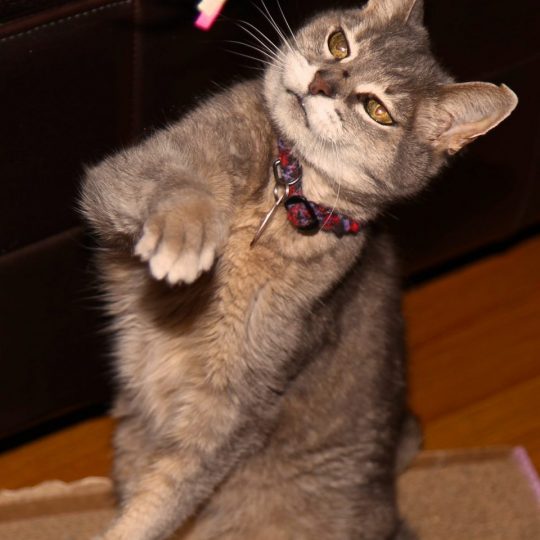 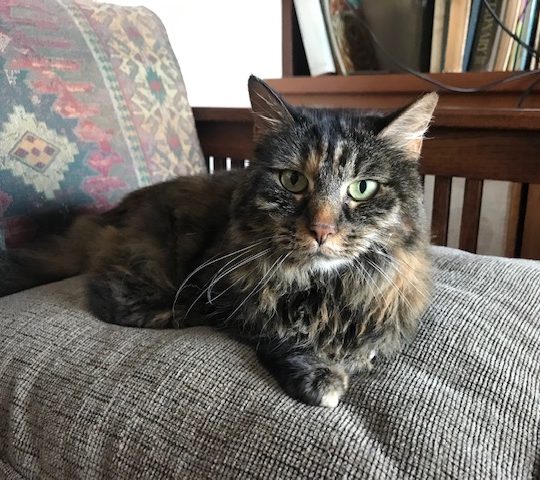 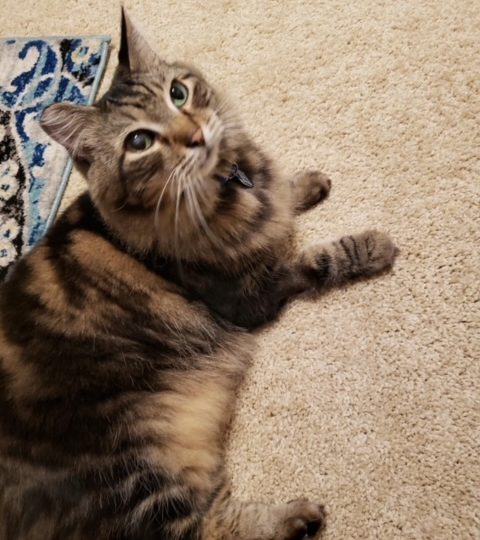